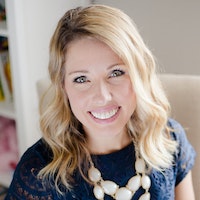 Growing out of naps?

Hi Melissa - At what age does a toddler typically grow out of naps? We have a 3yr old that sometimes takes naps during the day but other times does not. She can be a little cranky toward the end of the day if she hasn't had a nap but will sleep 11-12 hours at night. If she takes a nap during the day then she only gets 8-9 hours of sleep at night. Total time is still about the same but should we be trying to force a naps during the day or try to cut them out? Thank you in advance.

Definitely starting at 3 years old so your daughter most likely will stop consistently taking naps. If you cut out a nap in the day, i would create a quiet time in their room to play. if she sleeps then a win! if not, i would bring bedtime up an hour earlier to eliminate any nighttime battles/overtiredness! Great job!!

Hello,
Do you have any helpful hints as to transitioning a 6 month old from a rock n play to a crib in his own room. Should I start with naps? And should I wait to "sleep train" until that transition is over or both at the same time. Thanks!

I would actually start with putting your son in his crib at night. During the naps, keep the rock n play in his room but let him keep sleeping in it until his nights are consistent. Once they are consistent, use the same sleep training method you used in the night for his naps. Naps take two weeks to really work on so don't give up! He will eventually start loving his crib and his new environment. Have lots of play time in his room and not just before bed. Sing, dance, play and have fun so he feels secure and confident in his new space.

Our Q&A is now over.

Thank you for all of your great advice and tips, Melissa! Melissa will answer all of the questions asked in this session.

My 13 month old has been waking after 10 -10.5 hours for past 2 months. I would nurse and she would sleep another 2 hours. Pediatrician said ok to nurse bc she was hungry after that long. But now trying to wean and don't know what to do. Cannot start day at 430 in morning. Any tips?

If this happens, it's best to use a sleep training technique and sleep train her until her morning wake time. It's considered a nighttime wakeup when it's that early so you have to follow suit the same way you would if she was to wake in the middle of the night. It can feel harder but after a week or two of remaining consistent, her body clock will change and adjust to what you are trying to teach her to do.

Sorry, had a second question. what are appropriate wake times between naps and bed for an almost 14 montj old?
Thank you!

Ok thanks, i did ferber for motn wakeups so i guess will try that too
Thank you!!

Multiple wake ups at night and short naps during the day

Hi!
Our son is 1 week from 4 months old right now. He was always tough to put to sleep but recently he won't sleep longer than 30 mins during the day and he wakes up at least 3-4 times some times 6-7 times at night.
We follow a routine of bathing, nursing and rocking to sleep around 6:30-7:15 every day. Sometimes he falls asleep right after nursing so we don't burp him at all. He usually wakes up at 11 for breastfeeding. Then wakes up again around 3 and 6am for 2 more feedings. Recently he would wake up at 9, 11, multiple times between 1-3 (worst time of the night cuz it's so hard for him to stay asleep during this time) and then he wakes up at about 5:30 to 6.
During the day he takes about 4 naps and each of them are like 30 mins the most.
One thing I noticed is the 11 pm feeding wasn't really due to hunger because he quickly falls asleep after 5 mins and won't wake up no matter what.
Am I spoiling him too much at night? Should I start sleep training or should I wait till later? How can I improve his naps during the day as he's going to daycare pretty soon.

Btw I still only nurse him at 11,3 and 6. Anything in between my husband will try to rock him back to sleep. But between 1-3 am he will go down and stay asleep for 5 mins and cries again. It's very exhausting for him and me as well. He sleeps in a playpen in our room right now.
Thanks!

Hi cindy, It sounds like your son has associated nursing to sleep which is totally normal, especially at this age. What i would suggest doing is changing up your bedtime routine to putting him down AWAKE. i know it sounds scary but he will begin to learn where he is and how to cope using his soothing skills. Right now all he knows is by you doing something to help him fall asleep. Find a sleep training technique you feel comfortable using and start from there. Then let him feed every four hours in the night and when you are ready, start reducing those feedings slowly and gently. HERE IS HOW: https://www.thecradlecoach.com/how-to-wean-night-feedings-for-breastfed-babies/

Second thing, definitely reduce his naps to three naps in the day. This will help take longer naps!!!

Two weeks ago, we transitioned our six month old from bedsharing (and nursing all night) to his own room. He is doing very well, nursing just once per night, but he's crying a lot at bedtime (anywhere from 10 to 40 minutes, usually with one check). He goes down awake for all his naps with no issue at all (and has been since he was three months old), but bedtime is so different for some reason.

I think he naps fairly well for his age, about 3 to 3.5 hours total over three naps, with the last nap ending around 4:30/4:45 usually and 2 to 2.5 hours awake between naps. I've been trying to put him down for bedtime between 2.25 to 2.5 hours after he wakes from his last nap, but he usually doesn't fall asleep until 7:45 or so. Any tips to get him down less crying? We've tried earlier bedtimes on days his naps have ended early, but he usually just cries for even longer on those days. Thanks!

I would spend a lot of one on one time in his room playing and building his confidence. Seems silly now at 6 months, but it goes a long way!!! He will adjust to his new environment quickly when he sees mom and dad playing and loving his space. Just keep giving him time to adjust. It sounds like you are nailing everything!!! Well done. Stay strong, he is going to get it.

AND LOTS OF OUTDOOR play time!!

1yo night bottle and lots of and early wakings

My 12mo still wakes up at night wanting a bottle. She is asleep ~7:30 and then wakes multiple times during the night until 5:15-5:45 when she will no longer go back to sleep. Sometimes in the middle of the night she can put herself back to sleep with a few minutes of crying, but sometimes we need to pick her up and rock her back to sleep. Some nights she seems inconsolable and wants a bottle - usually ~4oz formula. Usually the bottle is offered pretty late, after 2am, but sometimes I offer it earlier. She still seems pretty tired in the morning, but won't go back to sleep. She still does her morning nap for ~30min (between 9 and 10 usually) and has a two hour afternoon nap (1-3pm). Does she still need the nighttime feeding? How can I eliminate it? Is there a way to push her wake-up closer to 6/6:30?

Yes there is. I would start dropping her bottle in the night by 1/2 ounce each night until there isn't anything given anymore. I would then also find a different way to put her back to sleep. Rocking her is only causing her to wake looking for you to put her back to sleep. If that doesn't work, a bottle is given. So either way, she is getting something and not learning how to self soothe. Try something like a pick up put down - as soon as she is lifted and settles, you immediately put her right back down to sleep. continue doing this UNTIL she has fallen back asleep.

My daughter is 11 weeks old. She used to sleep for 6-7 hours at night but the last few nights will wake up every 2 hours. She has also been sleeping a lot during the day. Could she be getting her days and nights mixed up at this age? Is it a growth spurt? Thanks!

Yes, it sounds like it! I would try waking her up a bit more in the day to break that confusion up. here is how: https://www.thecradlecoach.com/the-newborn-stage-reversing-a-babys-nights-and-days/

My daughter is 18 months and I just started sleep training a week ago. Nights have been going well however naps have been horrible. She cries the entire hour. I check on her at the 5,10,15 minutes intervals. She cries the entire hour and once I take her out of her crib she falls asleep on me. We have a routine both at naps and bedtime but naps seem to be a challenge. Any recommendations?

First of all, great job on the sleep training!! So first thing to note is this - nap training can easily take up to two weeks. So give her time to adjust! Also, if you are going to sleep train, try to let her go for 1.5 hours. Most parents give 1 hour and that's it to sleep train. Then what happens? they get them up, feed them and play and the child has now learned to cry (because they don't know time, they just know the action of) to receive what they were searching for. Your daughter is absolutely tired, I would give her a solid 1.5 hours. one the checks and the method, just be consistent about it!!! you got this!!

2-4 feeds through the night for 8m old

I have an 8m old who still wants to feed 2-4 times through the night. Is that still ok? Will he eventually sleep through the night on his own? I fee cruel to let him cry since he goes to daycare all day :(

Hi florence, totally understand that feeling. Especially when that time in the night is so special! That being said, if you can wean him down to only taking two feedings in the night, that would be better than 4. He will eventually sleep thru the night but really not until he starts reducing his nighttime intake. Here is how to wean gently when you are ready to do so: https://www.thecradlecoach.com/how-to-wean-night-feedings-for-breastfed-babies/