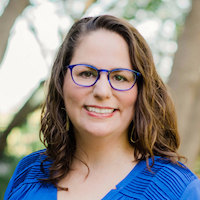 My 5.5 month old had been a champion sleeper until last week. She had been taking 2-3 naps (~1 hour each) with no problem, and sleeping 7:30pm-7am with no wakeups in her own room. She had a cold early last week and even though she's now totally healthy it's like she forgot how to sleep! Falling asleep hasn't been much problem - but then she has woken up every night around 2 or 3 am and been up for 2-3 hours at a time, fussing the whole time. It's like she startles herself awake and she's forgotten how to settle herself down. We give her at least 10 minutes to try to self-soothe before checking on her. Changing her diaper, nursing, rubbing her belly - they all comfort her for a minute but as soon as we leave the room she fusses again. We have no issue letting her cry it out after we make sure her needs are met but even so, it has taken her hours to finally settle. She's perfectly content when she's awake and doesn't seem to be in pain. Any advice on a sleep training method??

Hi! It sounds like you have a great foundation for healthy sleep. Something just got off track. Can you send me a detailed schedule of the day: morning wake up time, nap times on the clock, nap lengths, bedtime. Night wake ups and how you handle them (food vs soothing).

Also, send me your naptime and bedtime routine. If she is going down too sleepy or if their are parent driven sleep associations at the routine time, she can't recreate that in the middle of the night. 2 potential issues we need to explore.

Morning wakeup time is at around 7am. First nap starts around 9:30am and lasts about an hour, sometimes longer. Second nap starts about 2 hours after the first nap ends and also tends to be about an hour to an hour and a half. There's usually a third nap too that's usually a little shorter than the first two and ends by 5pm or so. She's at daycare during the day so there is some variation in the exact timing and duration of naps, but her total sleep in a 24 hour period has been in the 15 hour range pretty consistently for a number of months now. The nap routine at daycare for naps is that she gets a bottle, then is put into a crib in a darkened room with white noise going.

Evening routine - feed solid food (oatmeal with breastmilk), bathtime, diaper change, book, pajamas, and nursing. She nurses until she's drowsy, but I rouse her a bit before putting her in the crib. She usually is asleep in the crib by 7:30. She sleeps with a white noise machine in a dark room, and she sometimes goes to sleep with a pacifier in her mouth but doesn't seem bothered when she spits it out.

As for night wakeups, she started sleeping straight through the night when she was around 4 months old, and our pediatrician said it was OK to let her go without waking her to eat. So she really hasn't been eating at night (or waking up for long stretches at night until last week) for the last month and a half. We soothe her back to sleep, first by rubbing her belly and giving her a pacifier, then if that doesn't work, changing her diaper, then if that doesn't work, rocking her to console her. For a while, rubbing her belly has been enough to get her back to sleep on the rare occasions when she was waking up, but the past week nothing has worked. We did attend to her more frequently when she had the cold - there were two nights when she was fed and rocked back to sleep in the middle of the night. Now I'm just so confused about whether she could be hungry again, or if she just wants our attention, or if she got used to eating and being rocked back to sleep when she was sick. She hasn't been fussier than usual during the day.

We're open to letting her cry it out, but the past few nights it's taken her hours to soothe herself back to sleep - not fun for anyone!

Thanks so much for your help!

Hi Lauren,
Thanks for all of the details. Just to clarify, she never had formal sleep training....she just started sleeping through the night on her own? Around 4 months?

That's right, we didn't have to do formal sleep training when she started sleeping through
the night on her own at around 4 months. We tried to put in place a solid bedtime routine for her starting early and have been roughly following the graduated extinction method outlined in the Weissbluth book for times where she was fussier than others. It had been working really well, so we hadn't felt the need to do formal sleep training.

I will say that last night was MUCH better than the previous week had been, so I'm hoping she's back to her normal self, but I want to make sure we have the right foundation so that illness, travel, or other schedule disruptions don't throw her for a loop.

Hey Lauren,
We are all sick at my house today. Will try to answer more soon. Thank you😷🤒

Hey Lauren,
If you want to strengthen the bedtime routine for the future, move the nursing to earlier in the routine (before the bath is ideal). Also, putting her down more awake will help too. If they are almost asleep and just finished nursing....that is their last memory falling asleep. When they transition a sleep cycle they will have a partial arousal that becomes fully awake, b/c they are "like whoa, where am I? I was cozy and nursing and now I am here by myself. WHAAA".
So, we decrease the sucking to sleep parent driven sleep association and strengthen the self-soothing skills by having her fall asleep from a quiet yet awake state.

Thanks, that’s a useful tip - makes sense to move nursing earlier in the routine.

As far as night waking, do you have a go-to method you recommend? We wait 10 minutes before going to her if she cries in the middle of the night, then do a few rounds of patting her belly/putting in a pacifier (separated by 10 minute intervals) before moving on to things like diaper changes and feeding. USUALLY she settles down pretty quickly, but we want a solid plan in place for how we handle the middle of the night if she’s not settling.

And, hope everyone is feeling better!

If not, you have been using a 10 mins to check? I can send you a schedule based off of increasing time from 10 mins

Hi Cristina,
8 months can be when the babies want to transition to 2 naps from 3 naps. Watch for readiness for this transition. After 4 months of age, it is better to move to naps based on clock times. For an 8 month old on 2 naps - it would be 9 am and 1pm. 3 naps: 9 am, 12-12:30 pm, and nap #3 around 2 hours after wake up from nap#2. An 8month old can tolerate 2.25 - 3 hours of awaketime. Bedtime should be earlier6-8pm based on evening mood and trying to prevent overtired (follow awaketimes).

If you keep a morning waking up time the same everyday, even weekends. It helps the naps be more predictable. Predictable naps mean a predictable bedtime. What time does your LO wake up daily?

What can I do if my baby refuses and resusts to fall asleep?

Hi Maria,
When babies become overtired, it is harder for them to sleep. Try offering a nap after your LO has been awake for 45 mins-1hour. The nursery should have blackout shades and a white noise machine.
The library should have a DVD copy of the Happiest Baby on the Block by Dr. karp. This will explain swaddling and soothing methods. try to watch this one! It is great.
At this age, the baby does not know daytime from nighttime. Naps will be short and erratic.
Try holding them only wearing a diaper -- skin to skin on your chest or your partner's chest.