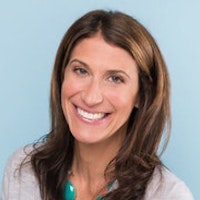 I plan on exclusively breastfeeding my kid for minimum of 6 months and I'm anxious if I'll have a good supply of breast milk until then. How do I make sure that I don't lack in my supply and produce enough for my baby? Should I eat any special foods to keep the milk moving in?

Is baby born yet? If not, I would suggest skin to skin and latching as soon after birth as possible (ideally within first hour). Then, for first 2-3 weeks try and avoid all artificial nipples and feed “on demand” but at least every 3 hours. Newborns eat 8-12 times in 24 hour period. If we nurse on demand first couple of weeks this will establish great supply for the long run!

Hello, I have a 5 week old daughter and this is her second time in different occasions where she has cried at my breast, both times in the night time were my breast felt like it had no milk dripping until I release the flow my self.

When I release milk she drinks but makes noise and then cries after releasing my nipple.
Since the time the doctors put her on my chest from delivery she latched on and never had issues until these two occasions had occurred. Last night same thing happened and we didn’t go to sleep until 3:30 am, burping trying to feed, rocking her soothing her, until I made her a warm bottle she played with the nipple and let the milk come instead of drinking it, three minutes later she is out! And now today I gave her my milk doing the Same thing, before last night she was exclusively breastfeeding not bottle nothing, until last night! I don’t know what to do! Any advice

Hi Ruby - it’s possible baby is just overtired and not patient enough to wait for your milk to let down. Try massaging your breast for 30-60 seconds before you latch babe + then hand express a little So babe gets instant reward when she goes to breast. If all the other feeds over past few days have been ok, i wouldn’t panic! Let’s see what happens.

Could stuffy nose mess with her eating as well? These are new to me, I fed my second daughter and I have never had any issues with her, but only my 5week old Baby!
I will try the massaging my breast before I feed her and see what happens! Thanks

A stuffy nose can definitely make it hard for babe to nurse comfortably. You can try some Infant saline drops a few Minutes before nursing to help clear baby’s nasal passages. This should help too! Keep us posted.

Ok, thanks so much! I will definitely keep updated!

What’s the average age for self weaning? How do I start the weaning process if baby has no interest in ending nursing ?

Babies typically self wean after 18 months (commonly after 2 years). If you’re ready to start weaning babe before then, you’ll want to go slow (giving your body + baby time to adjust). Drop one feeding at a time (wait 3-7 days before dropping next). Pick the feeding that is least important to babe. You can simply swap a bottle for that breastfeeding session. You may want to switch up baby’s routine to ease the transition. Weaning is a very personal process - there’s no rulebook or timeline...